Walking in the footsteps of Saint Bede on Halloween


Its been such a lovely day, so warm with no chill from the strong breeze and although the sky was dull lots of Autumn colour still shone through. It is also Halloween and I planned to take grandchildren to Bedes World, the Saxon Farm and a walk around St Paul's Church and ruined monastery next to the river Don in Jarrow where it meets the river Tyne. Only two grandchildren were able to make it, Amber and Lils, but we made the best of it and had a good time.

Amber and Lils love having their photos taken and here they are posing in front of the entrance to Jarrow Hall, part of the Bede's World complex. This was the start of our adventure.


Inside the museum was an area decorated and staged for Halloween visitors. The entrance was very dark and scary and a real life cross-eyed giant standing just inside the entrance was enough to scare poor Lils and me (I have to admit) so much, we decided to try another entrance that was not so scary. Granddad and Amber braved the dark labyrinth of evil atmosphere and disappeared ! 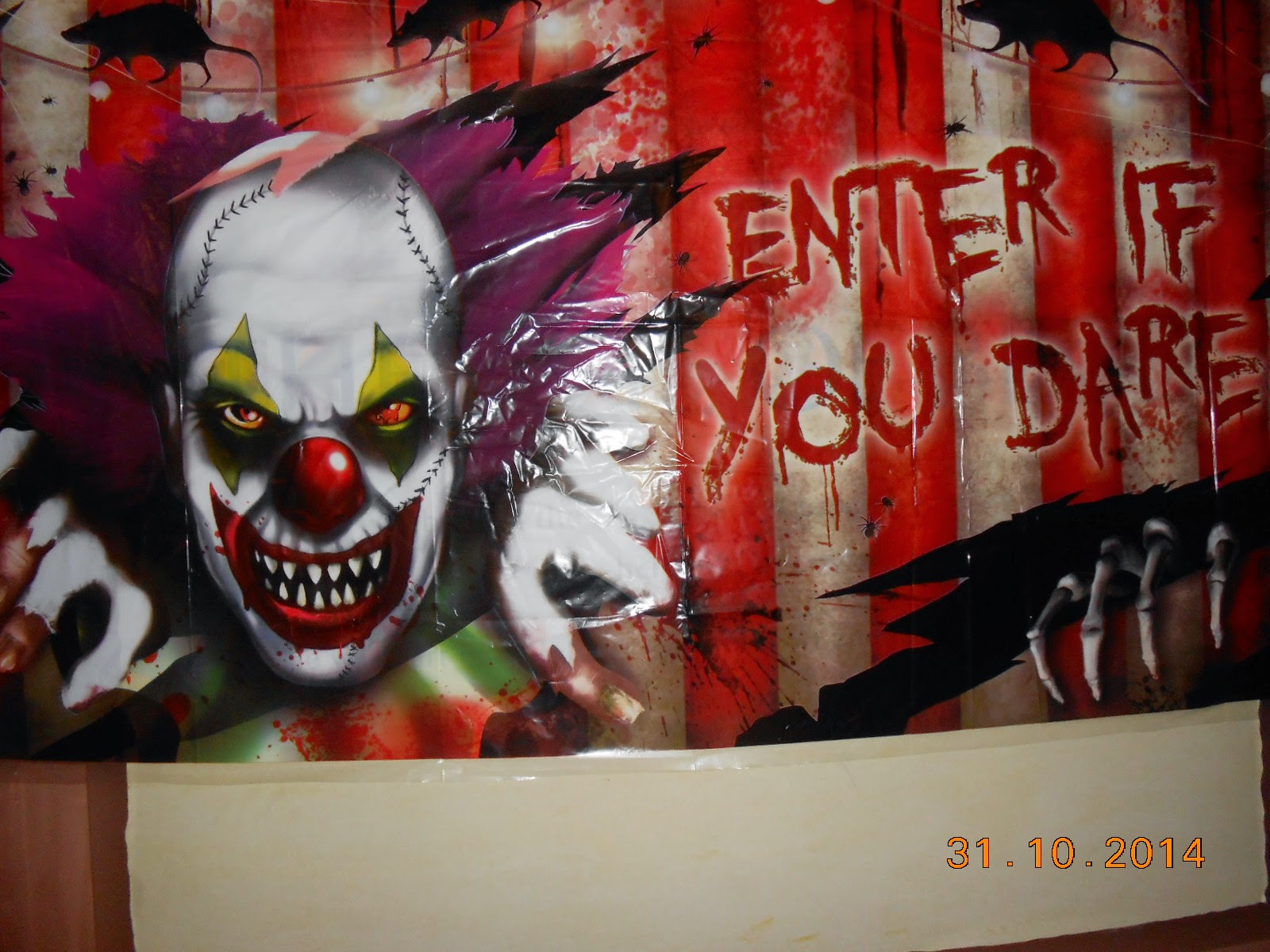 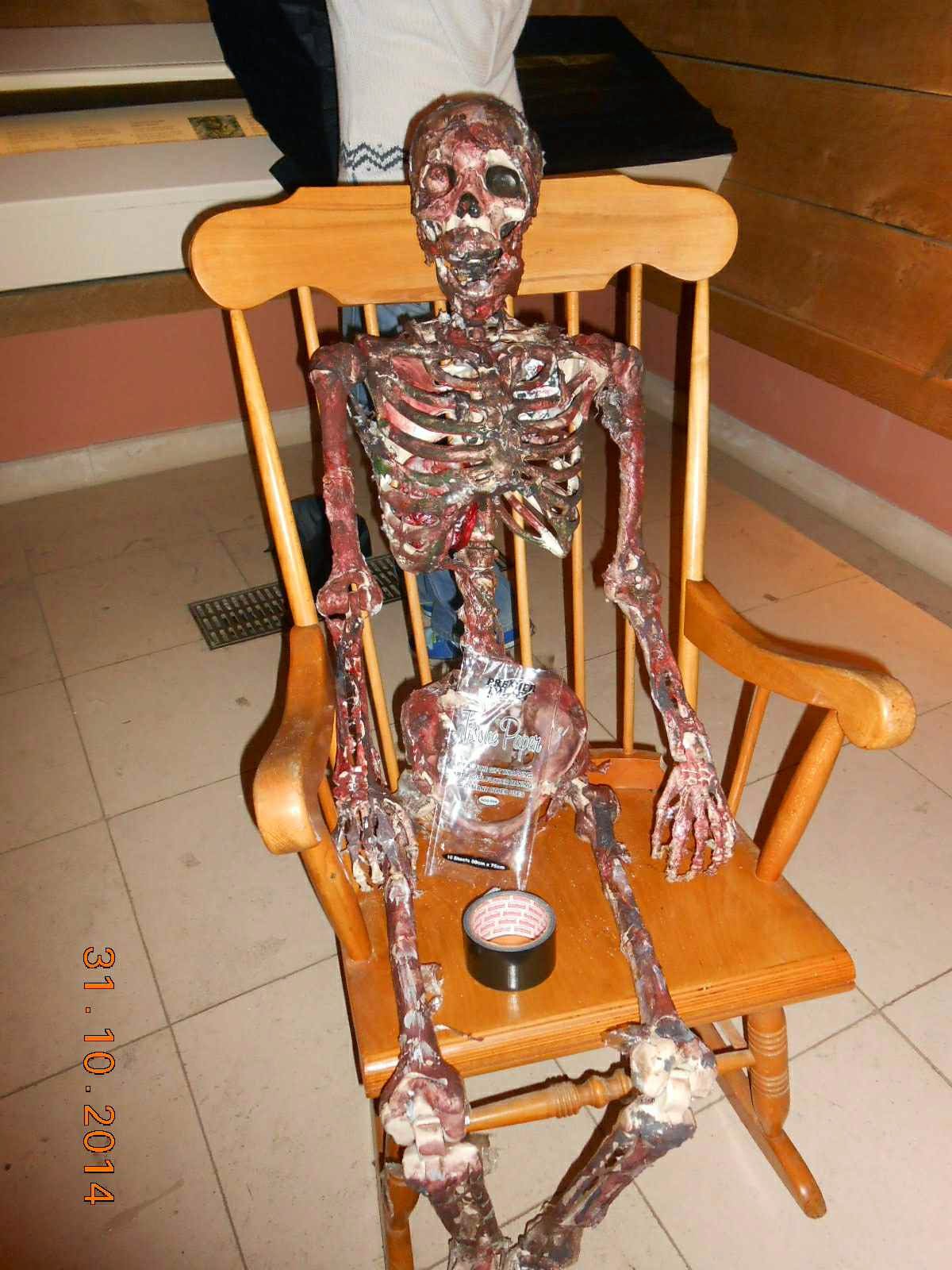 The children could hunt for items on the Potion Trail, ticking them off on work sheets as they explored the museum and that kept us busy for a while. Ghostly figures, skeletons, witches and bats and all manner of scary stuff  was scattered everywhere but the most curious for me was a puppet stand, like an old fashioned Punch and Judy type. Its curtains were closed and there was no one about. I thought maybe there was a puppet show at designated times. I turned away for just a second to see Granddad and Amber catching up with us and then turned back again at the sound of ghoulish laughter. 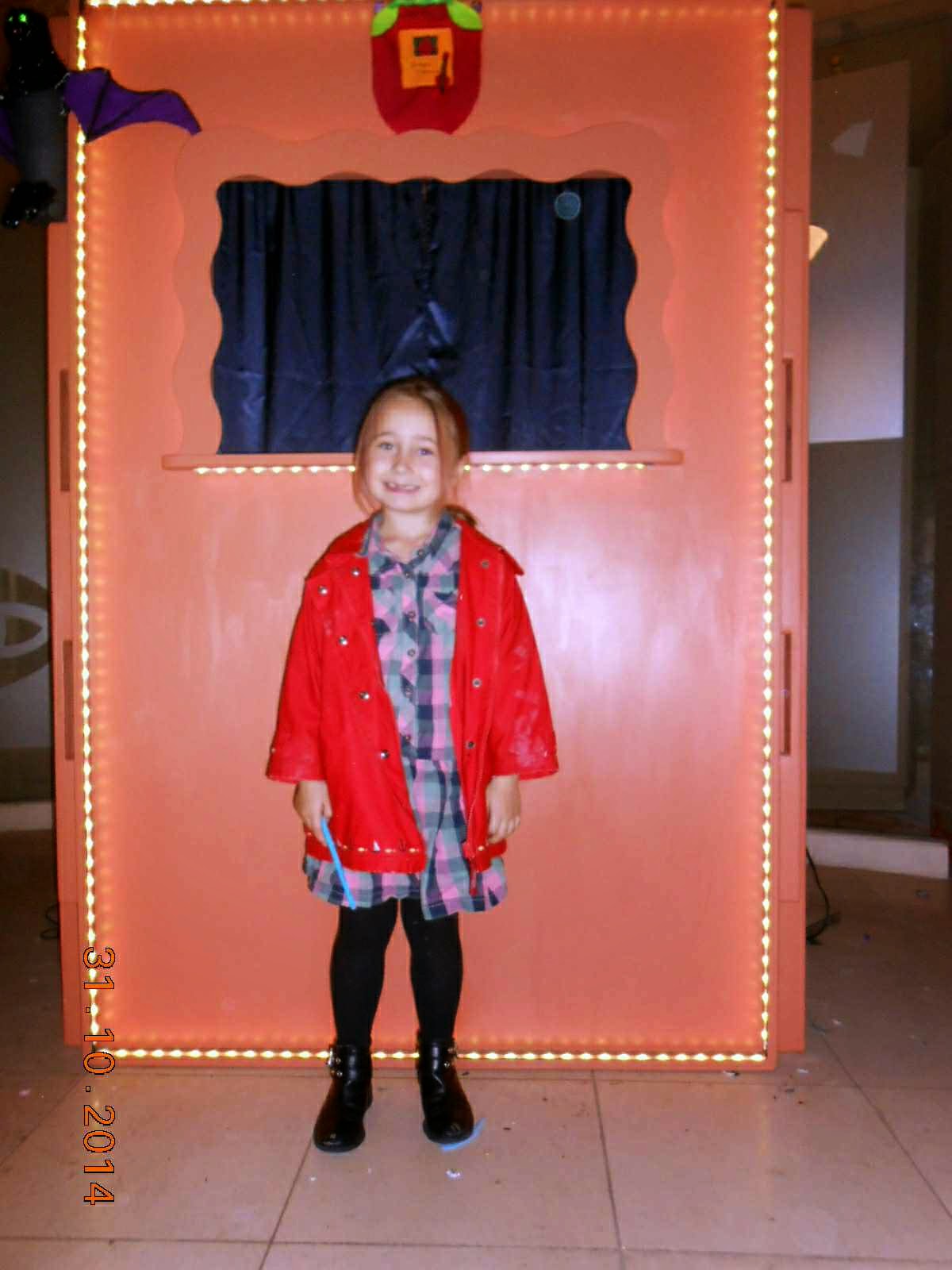 To my horror I saw a face where no face had been before surrounded by a mass of white hair staring through the curtains at me. Well I screamed!!! Lils screamed and a shocked and flustered puppeteer emerged from inside the puppet stand to apologise for frightening us but then, as we came to our senses, we all melted into a cascade of laughter.

Calming ourselves down after all that scary nonsense we took time out to watch a cartoon film but Lils soon got bored and we decided to wander around the Saxon farm. 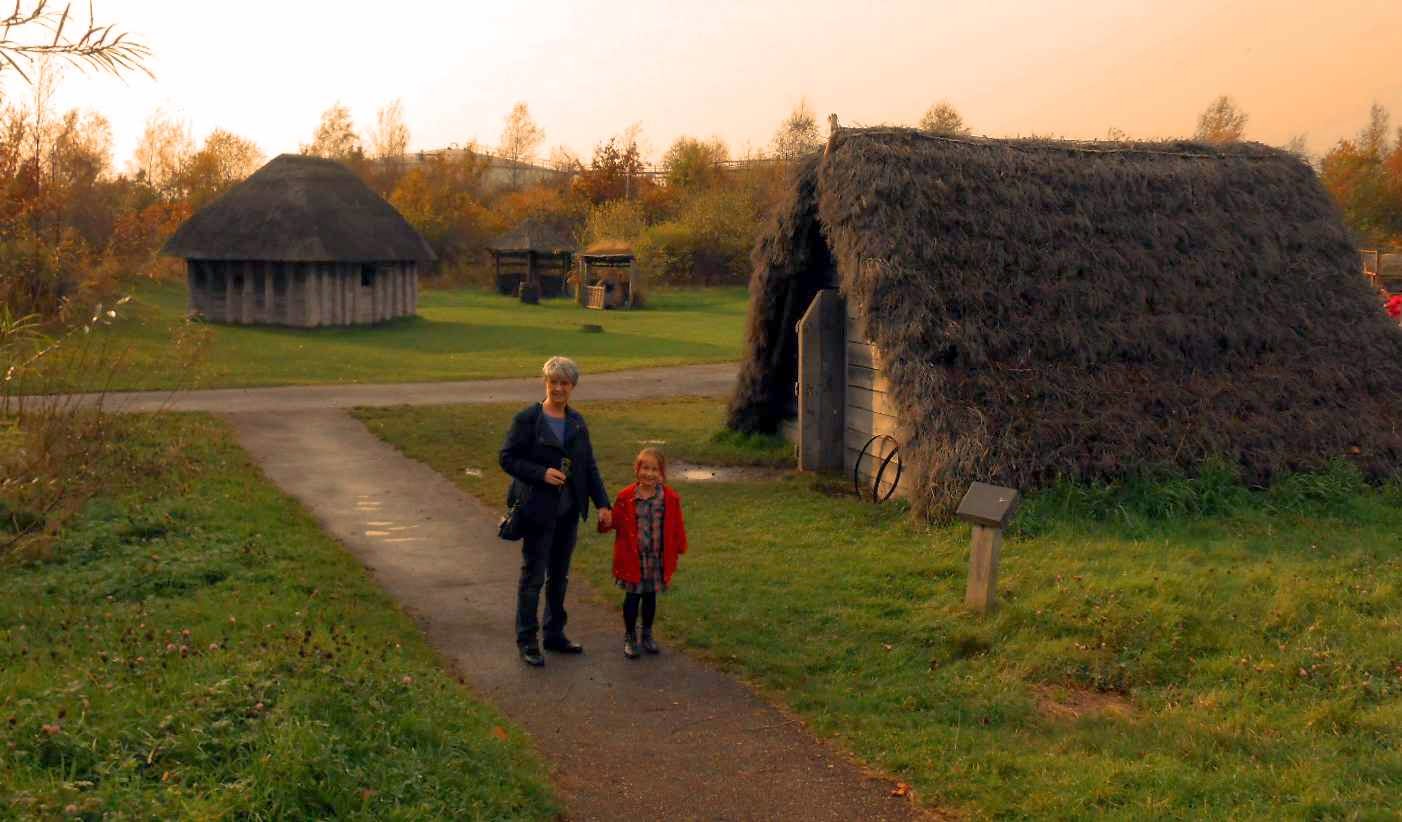 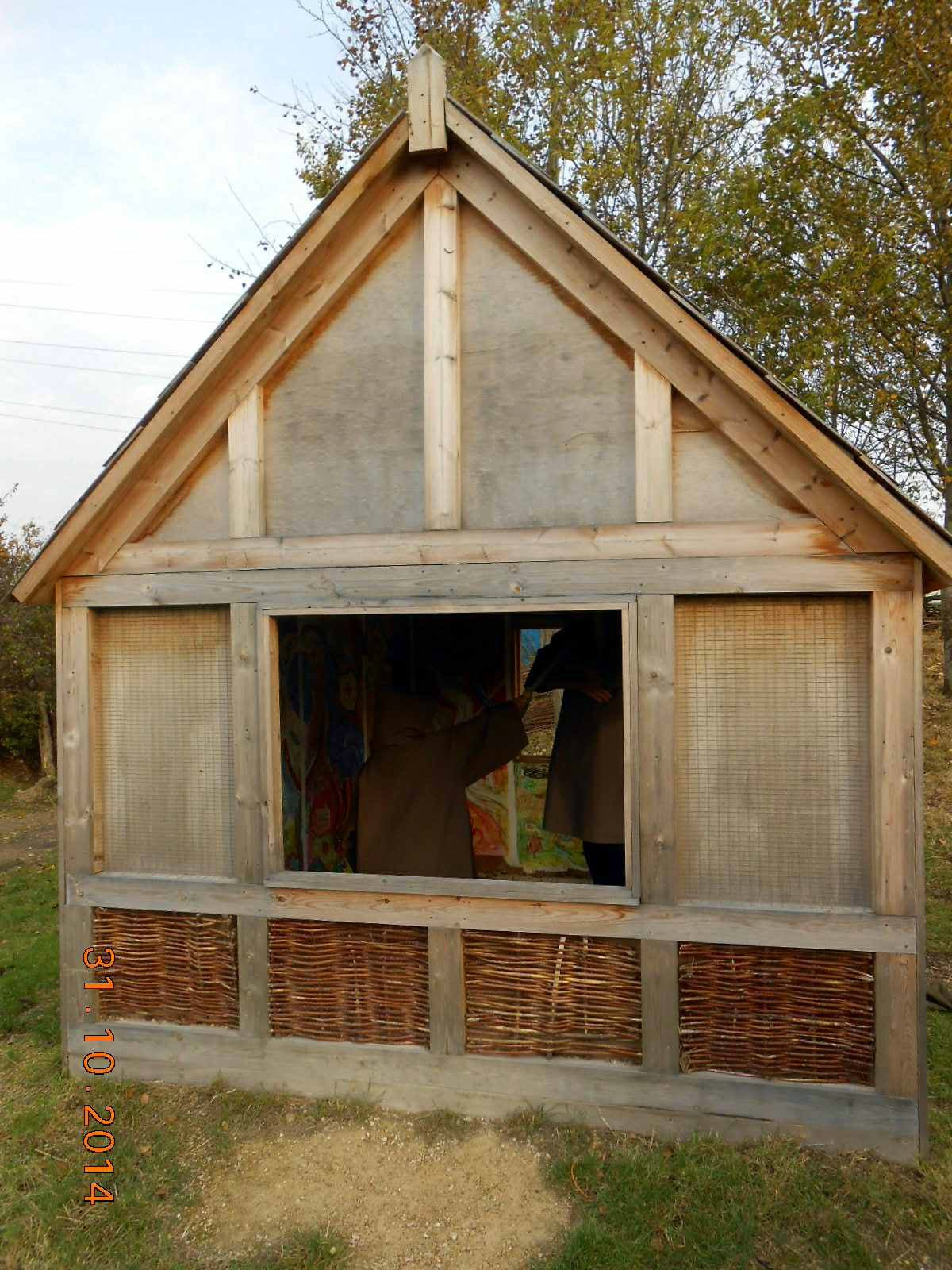 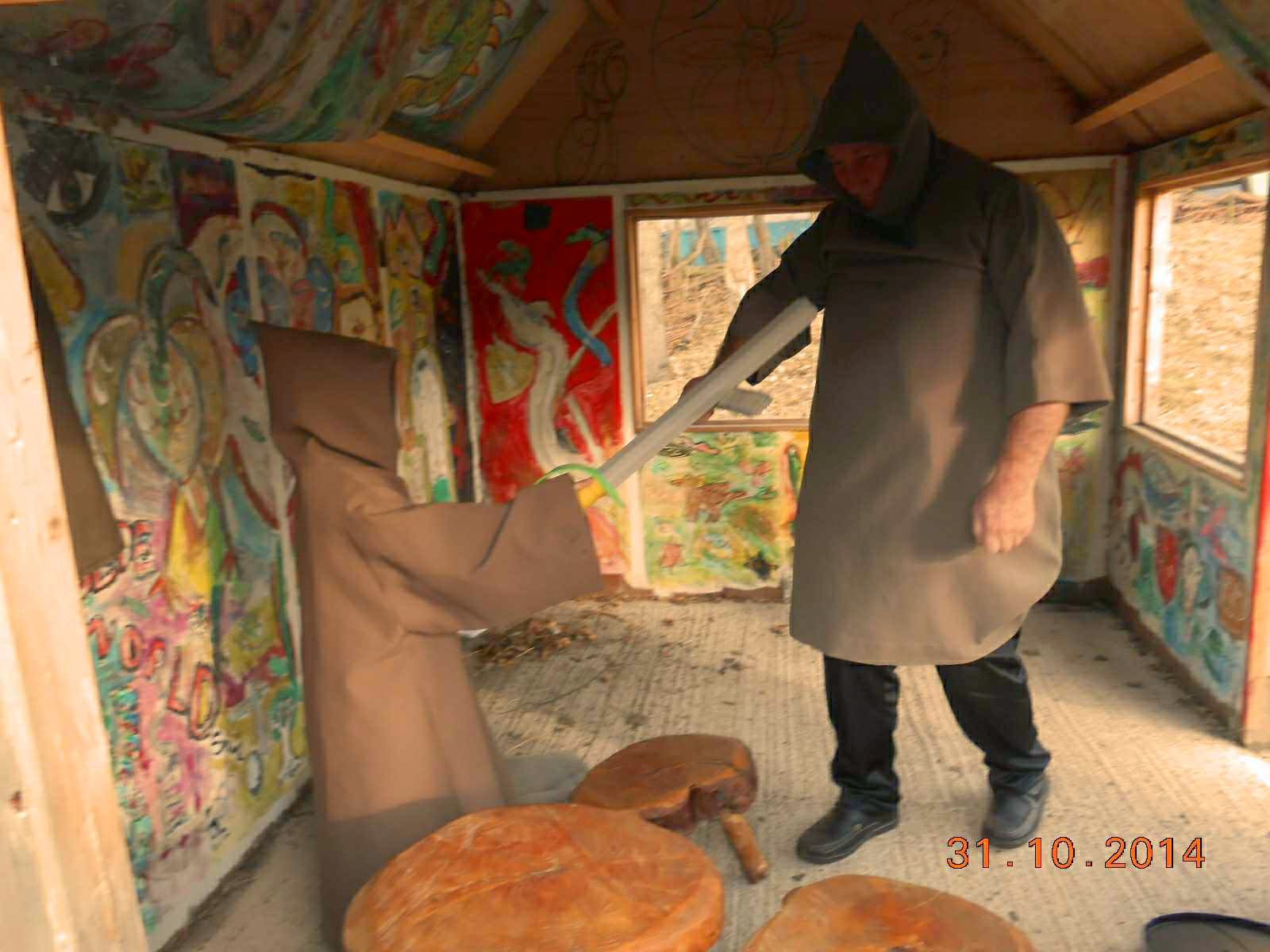 Lils and Granddad explored inside one of the Saxon dwellings and dressed up as monks. They then picked up swords to have a play fight! Granddad was enjoying himself. We then made our way to Thirlings Hall, the main Saxon building where we gathered around the Saxon fireplace for a storytelling. 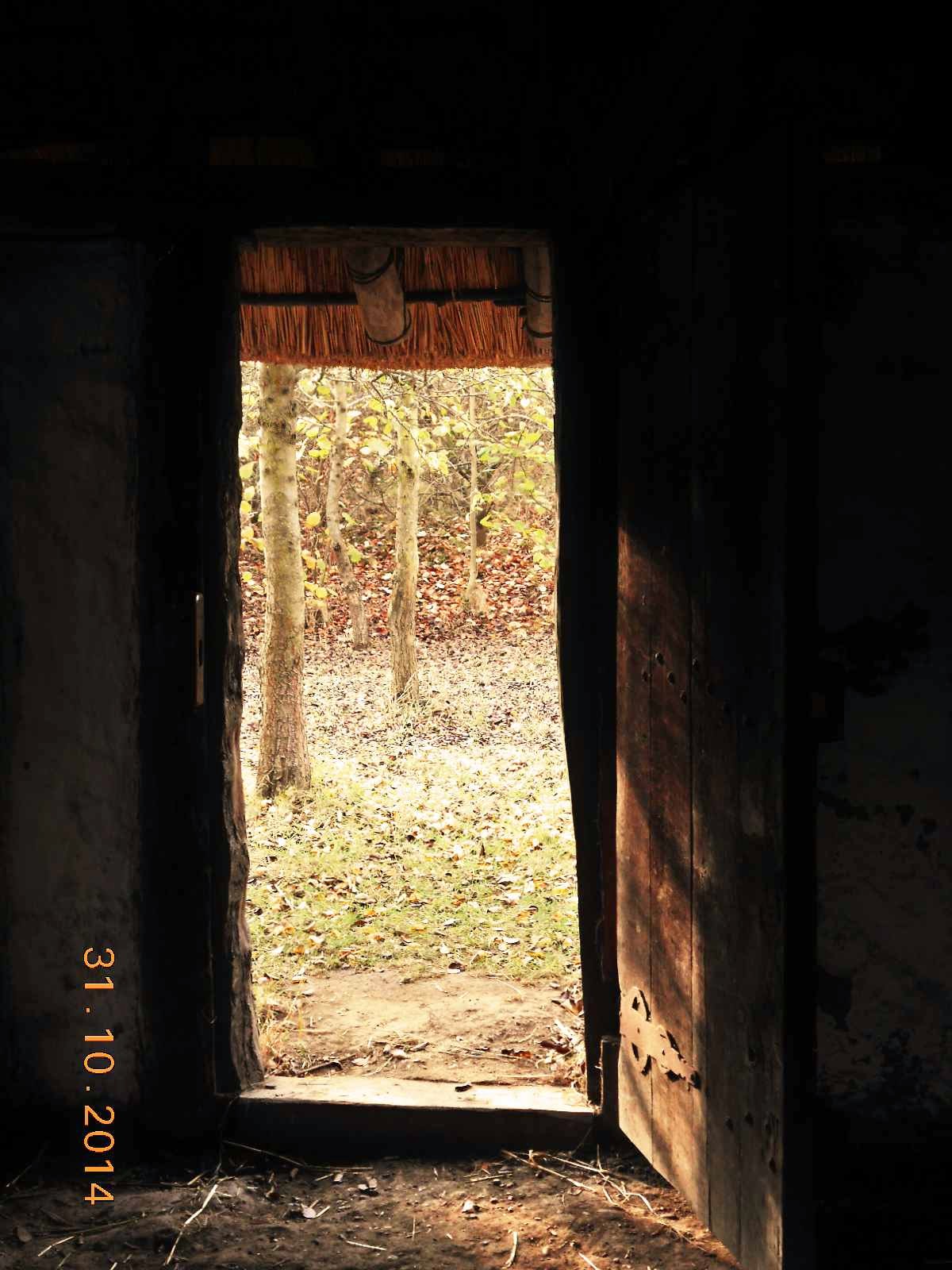 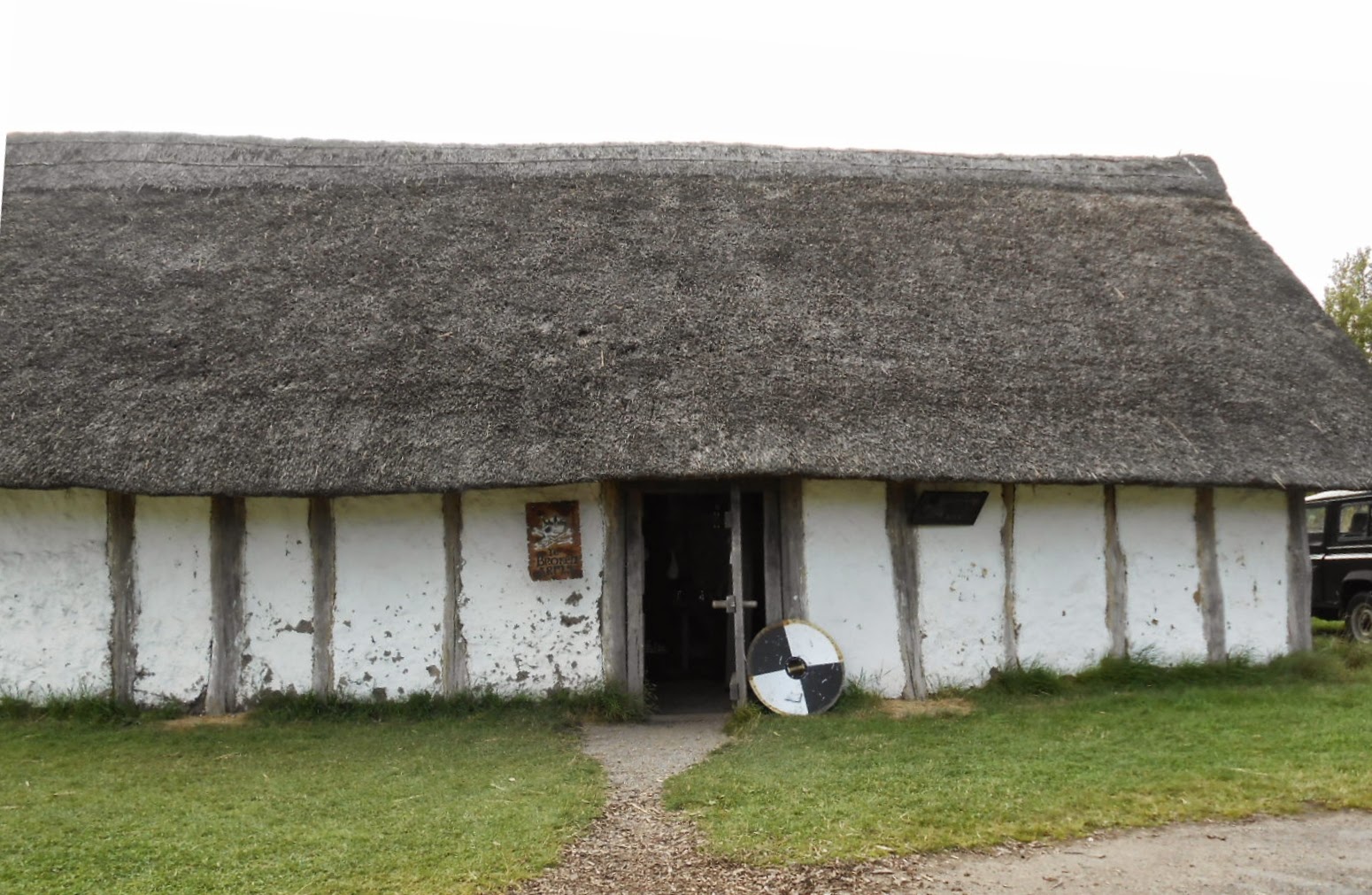 The storyteller wanted volunteers for sound effects and I ended up being the evil sorceress! Lils was one of the wicked witches and other children had different roles and we all had to practice our cackles and evil groans. It was really good fun. 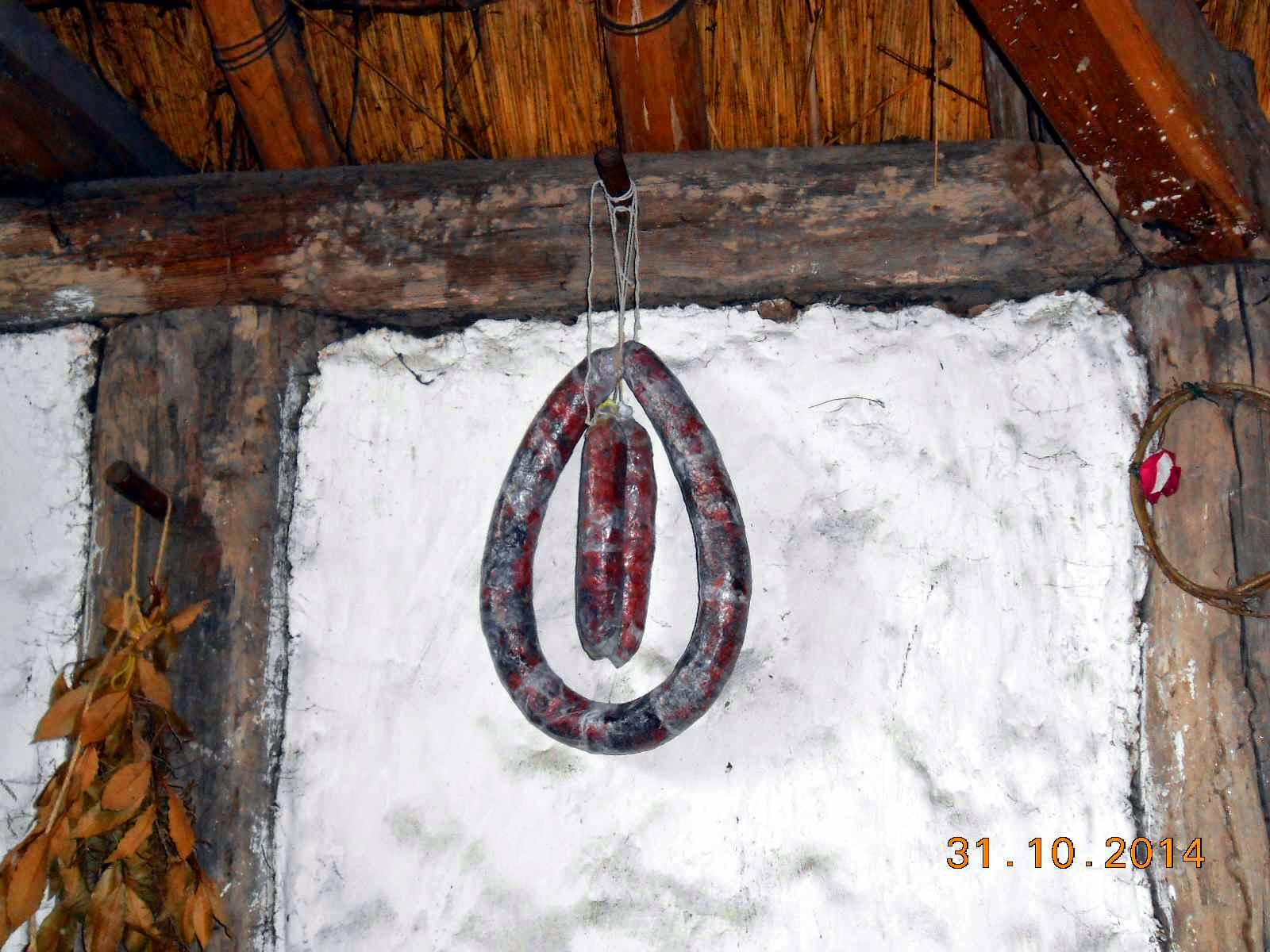 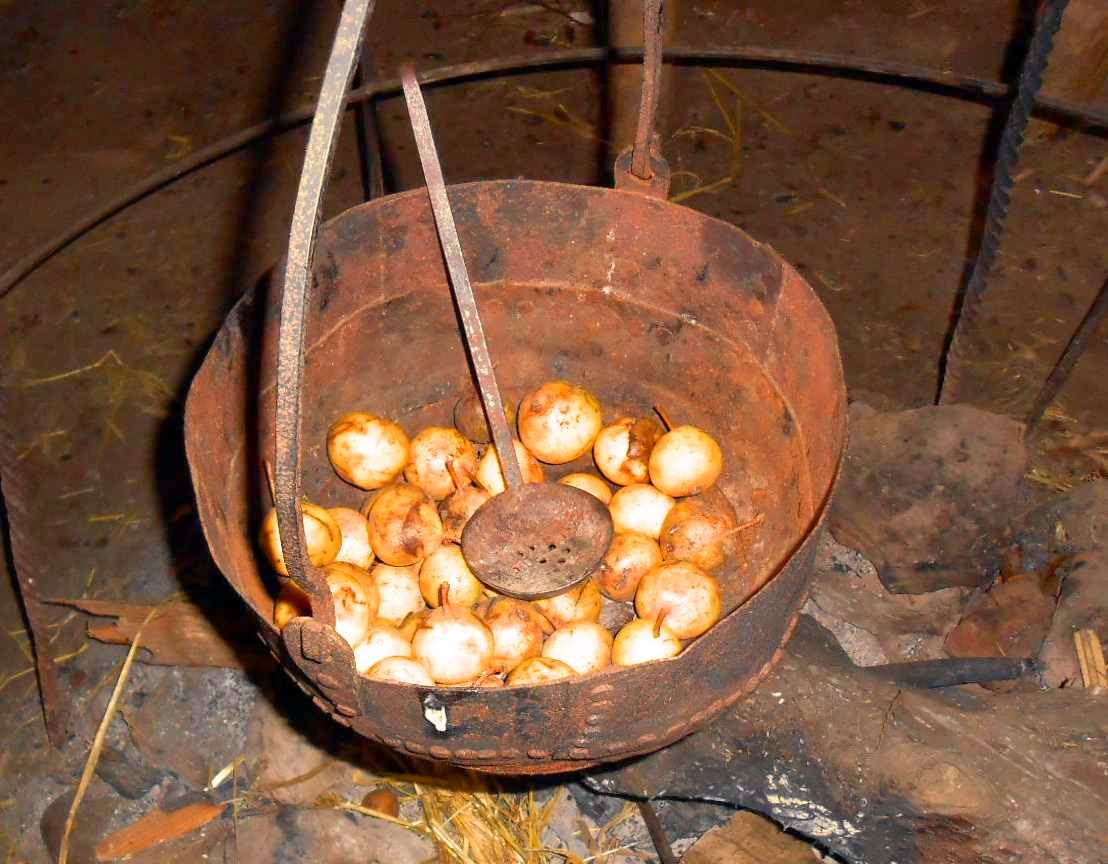 The witches' cauldren held sour pears for making cider and there was sausage hanging against the wattle and daub walls.

Amber had missed it all and was still in the museum where we eventually found her. 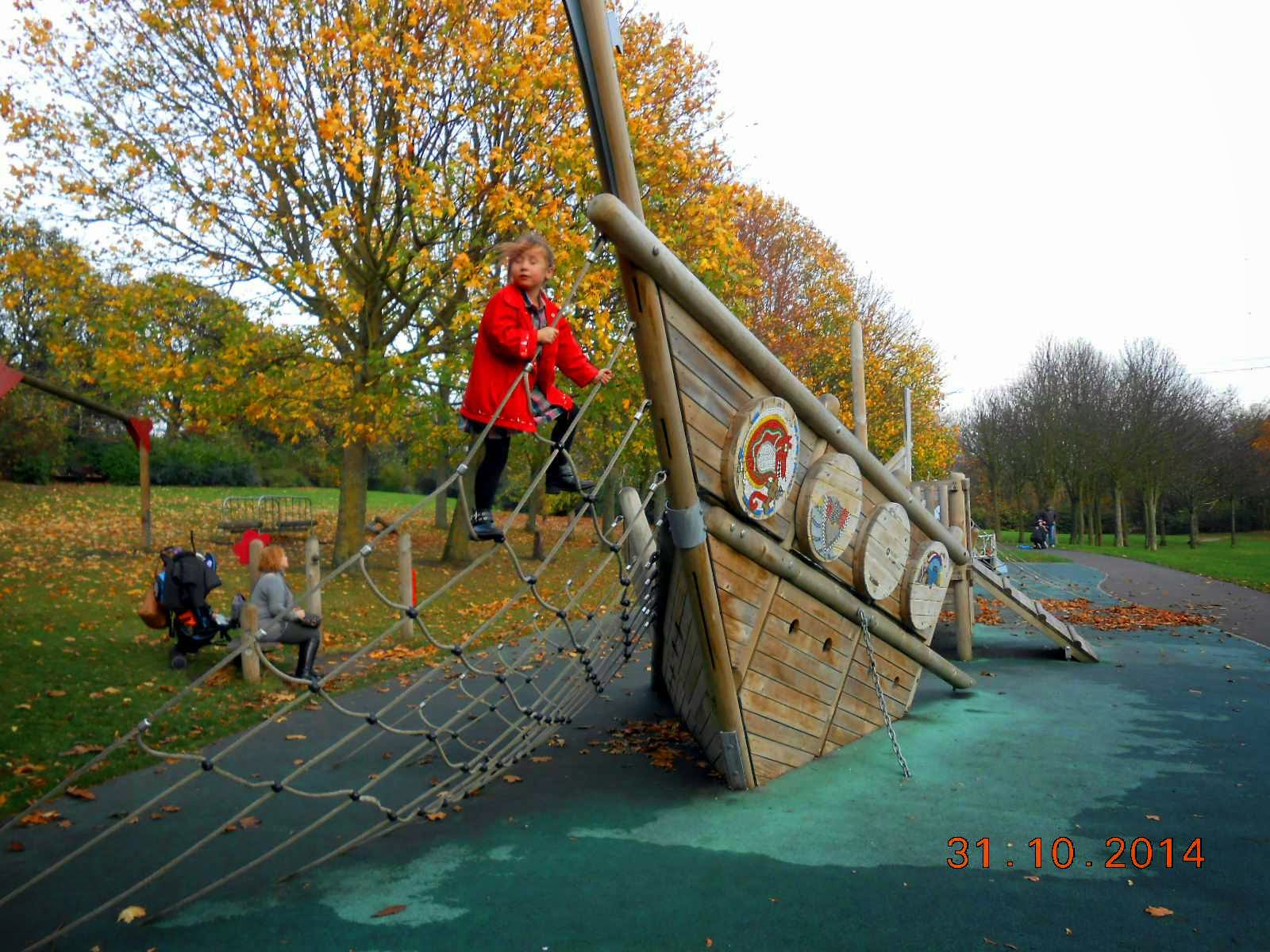 The museum cafe was our next stop and after refreshments we went to the adventure playground where Lils and Amber had some fun time while Granddad and I looked on. 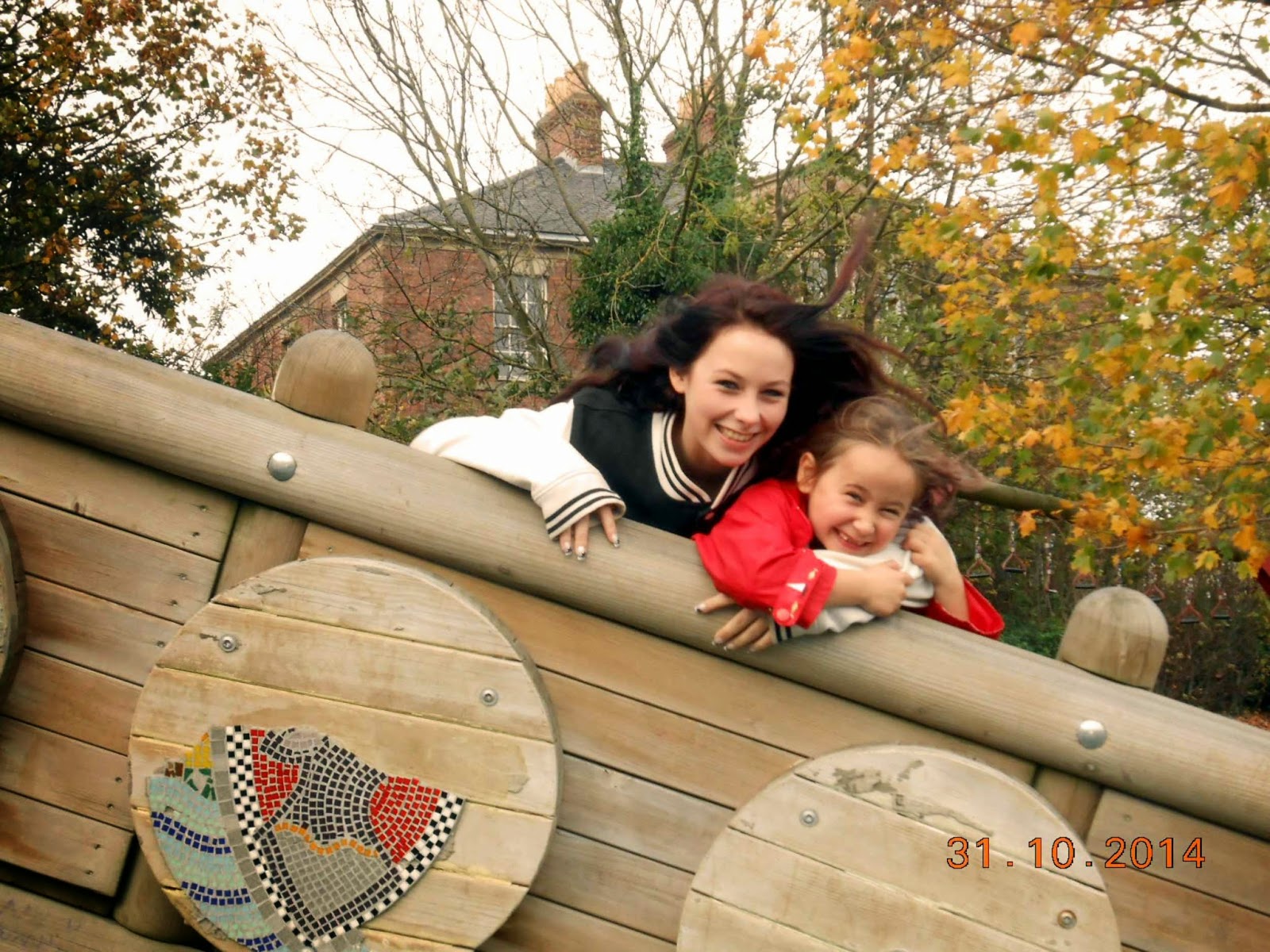 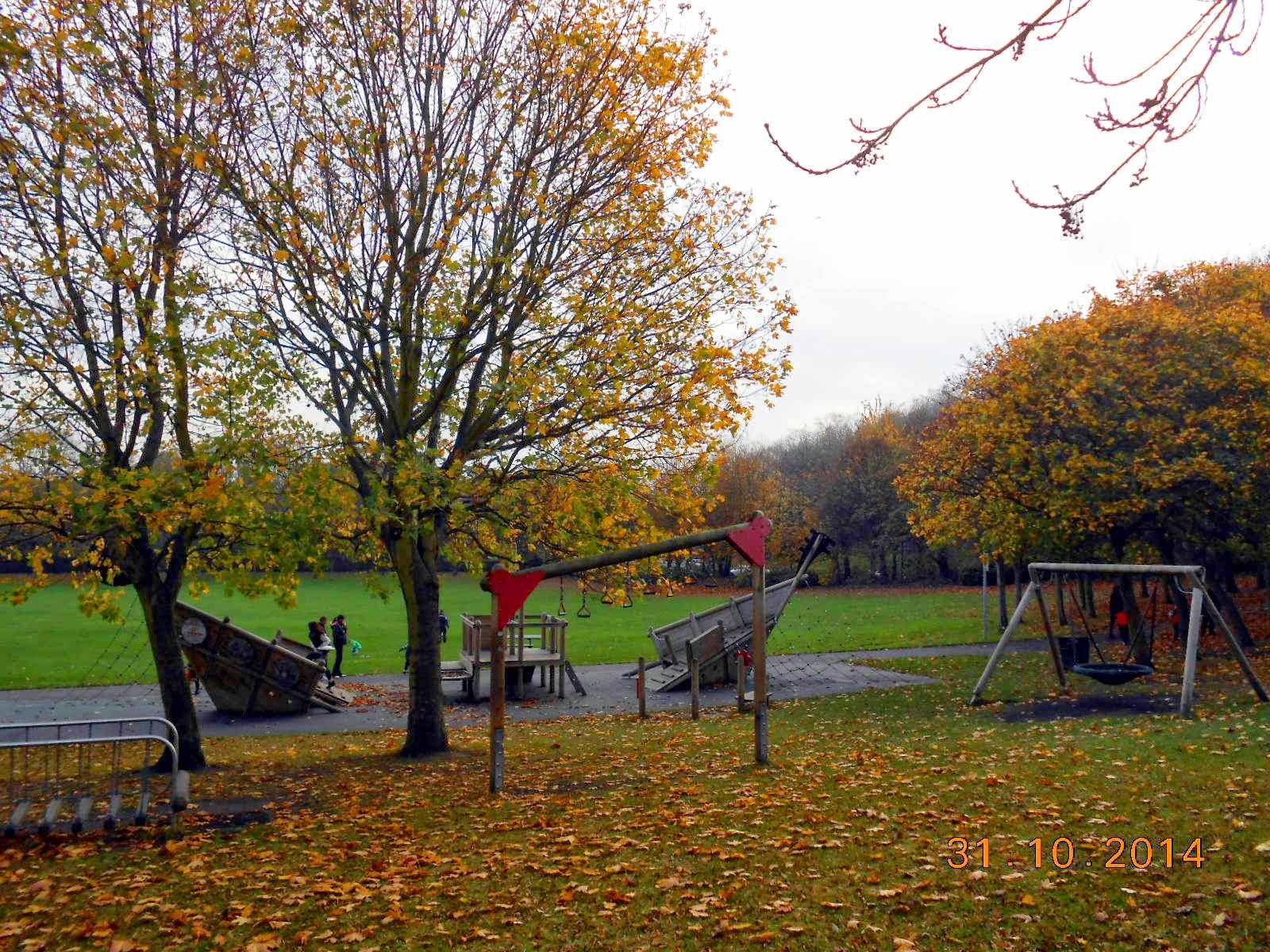 The autumn day was beautiful and although it felt more like Summer I had to capture autumn shades with my camera before the weather changed and they were lost to winter. We continued on with our walk in Bede's footsteps drinking in the smells of Autumn foliage crunching underfoot and decomposing leaves in damp patches. Marveling at the many hues of autumn colours and late wild flowers still blooming.

Amber and Lils ran ahead playing tig
and hide and seek. 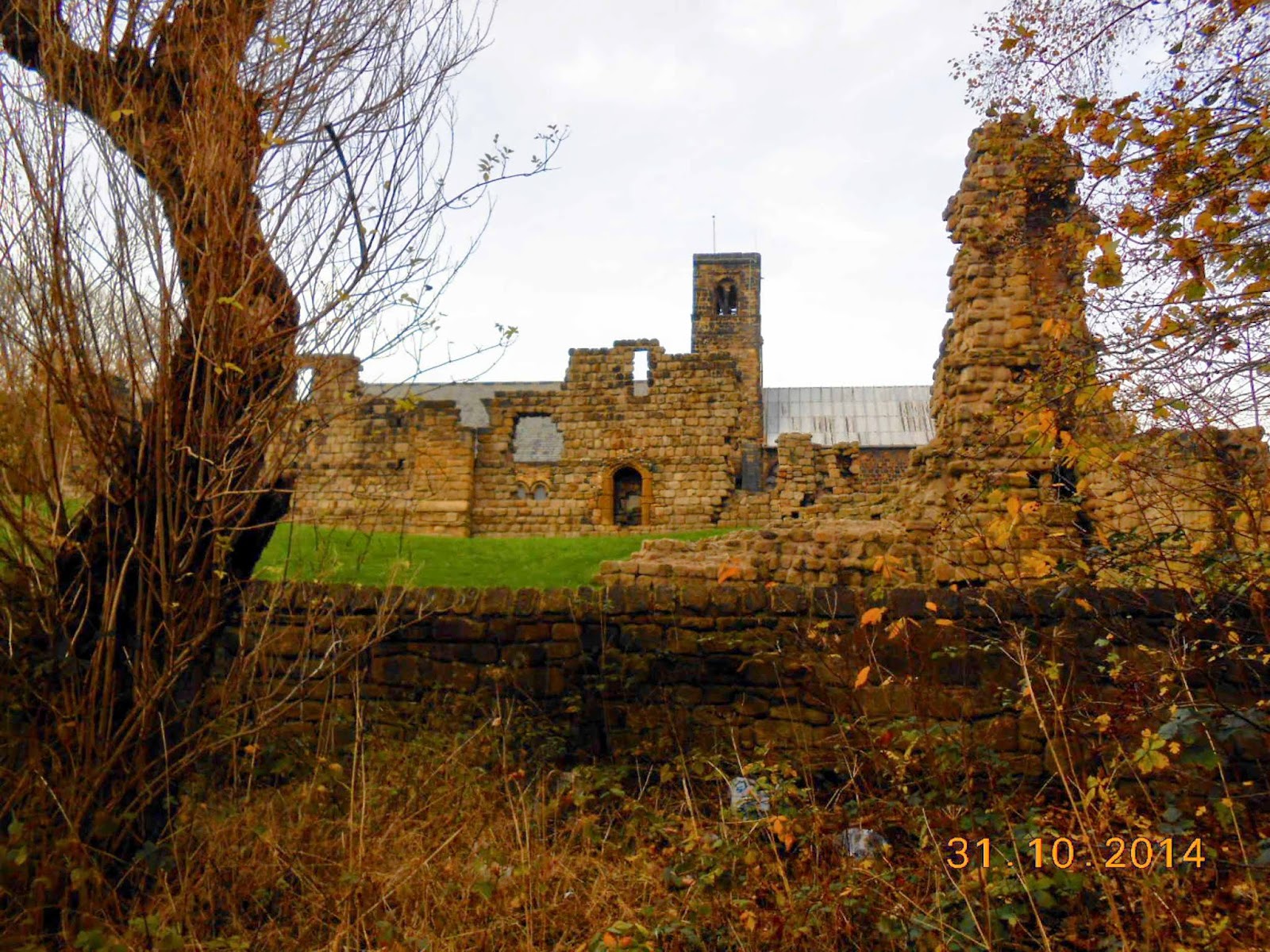 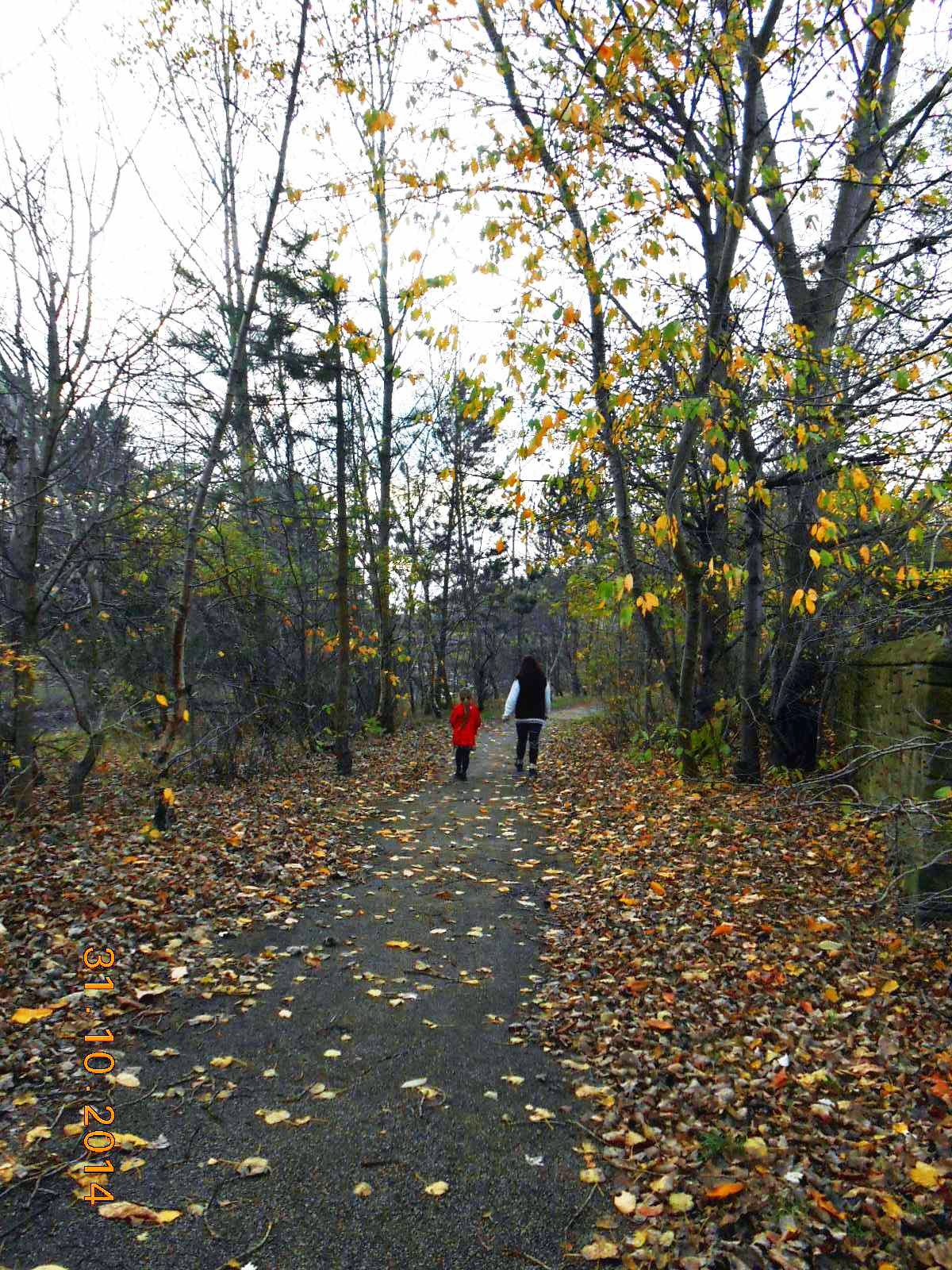 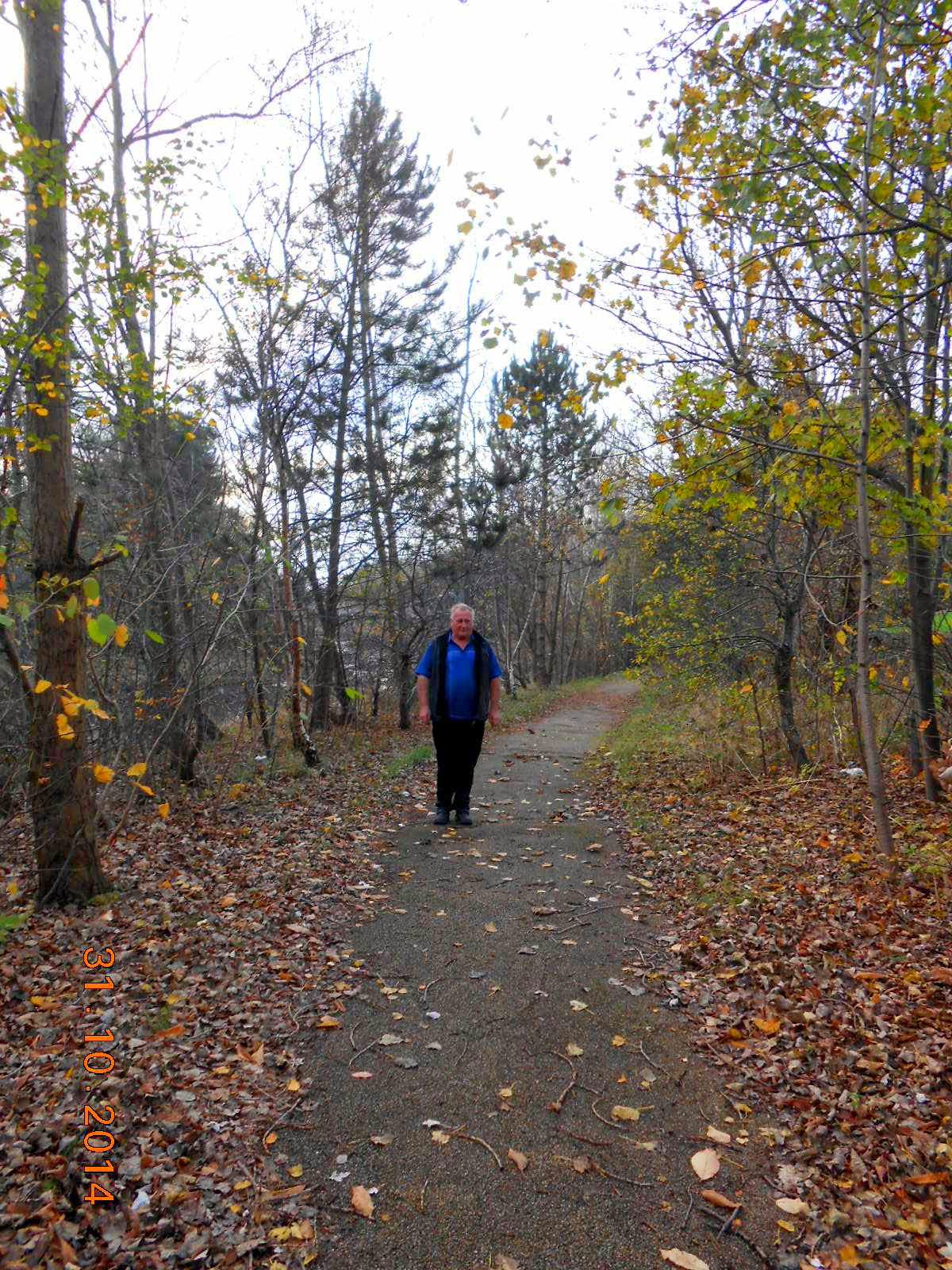 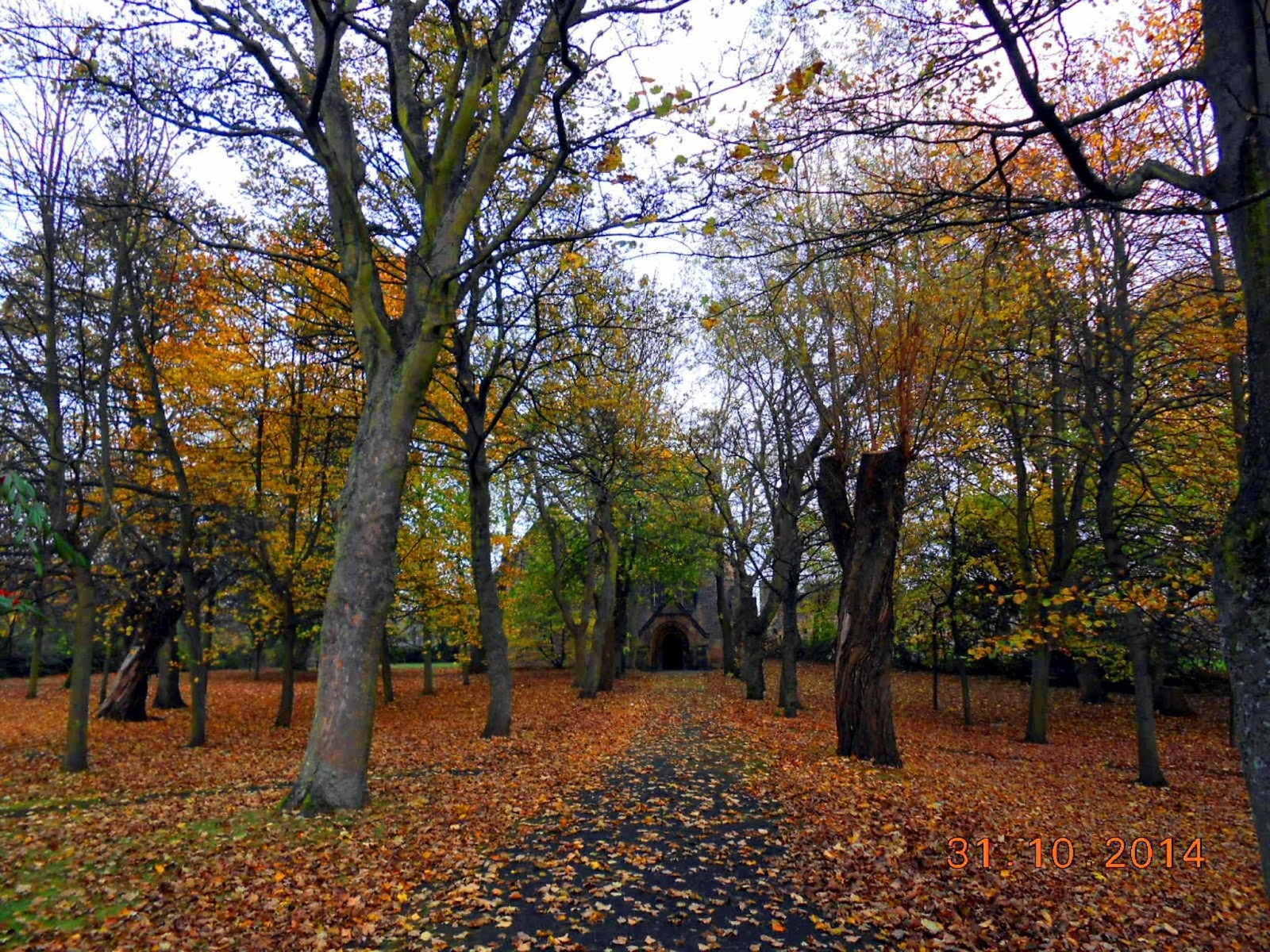 Skirting around the river Don, we arrived at the monastic ruins and church where Bede and other monks had lived and worked twelve centuries ago. We had enjoyed our day so much but it was time to go home and take our happy memories with us, leaving this peaceful spot behind...until next time. 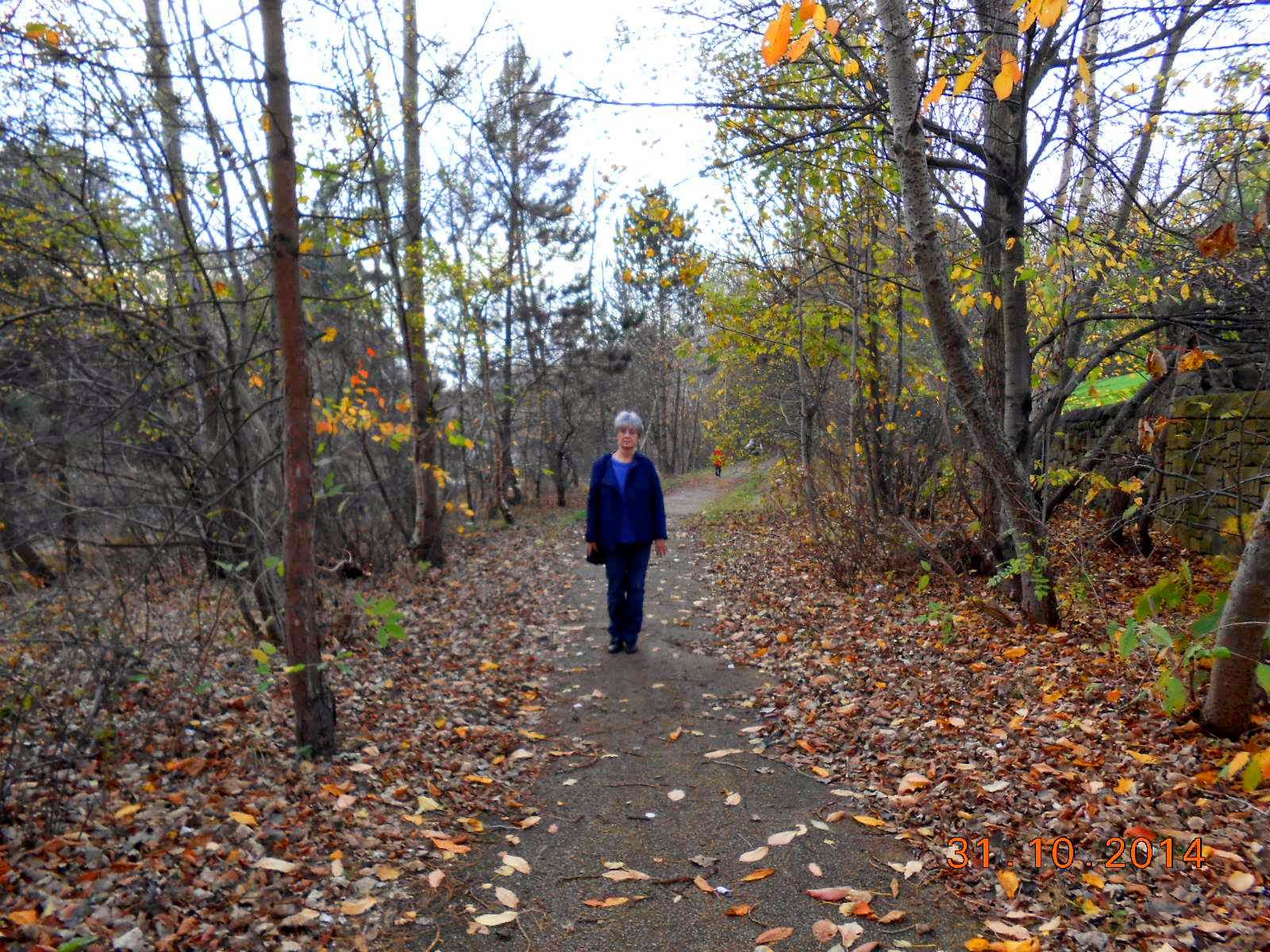